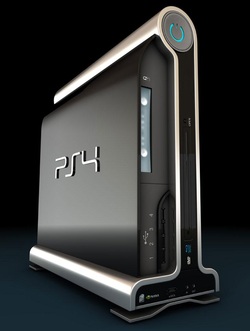 Fear not PlayStation 3 owners, Sony has confirmed that it has no plans to abandon its current console when the PlayStation 4 launches this holiday season for $399. Sony Japan president Hiroshi Kawano and Sony Worldwide president Shuhei Yoshida revealed in an interview with Japanese gaming magazine Weekly Famitsu, translated by Kotaku, that support for the PlayStation 3 will continue indefinitely and the company has “no intention of immediately shifting from the PS3 to the PS4.” Kawano noted that after seven years the console continues to “sell at a constant pace,” adding that there are also many upcoming titles are for the system


“With the 2014 launch of our cloud service in the US allowing users to play PS3 games on the PS4, some people may switch consoles from the PS3 to the PS4,” Kawano said. “But that’ll be a gradual process, and to say ‘we’re releasing a new console, so trade in your old ones for it’ would be a maker’s ego talking, plain and simple.”


Yoshida spoke about the company’s decision to require a mandatory PlayStation Plus subscription fee for online play. The executive noted that the service, which had previously been optional, “requires a large investment of resources.”

“Considering the cost, to try to keep such a service free and consequently lower the quality would be absurd,” he said. “We decided that if that’s the case, then it would be better to receive proper payment and continue to offer a good service.” 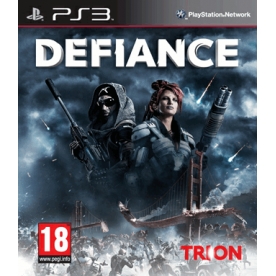 Defiance is one of the most ambitious MMO projects ever undertaken, given that the game maintains close ties with the SyFy television show of the same name.

Two months down the line, the title has attracted more than one million registered users and its TV counterpart has been already renewed for a second season, paving the way for more exciting opportunities.

Digital Spy caught up with senior producer Rob Hill to discuss what the future holds for Trion Worlds' cross-media project.

Defiance went live around two months ago. Do you feel the game enjoyed a successful launch?
"Launching on three platforms is incredibly difficult. It's never been done before with a multiplayer online game, so we had some hiccups with the server that we had to correct, but since then it's been fairly smooth.

"Always with an MMO, you are constantly fixing things, getting patches out as quickly as possible, fixing the things you know and sometimes creating issues that you weren't aware of, but we are getting into a cadence of putting out stable builds." 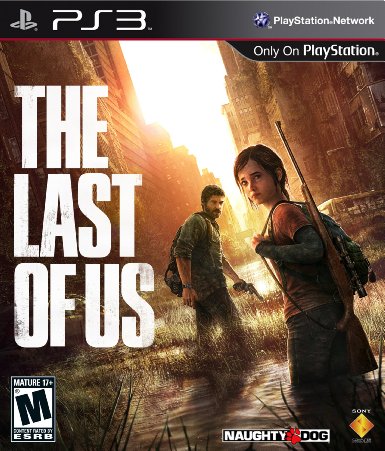 
The apocalypse comes quickly to the unnamed protagonist of Cormac McCarthy’s The Road. The actual end of things comes much, much, slower. The brilliant flash of light with no clear origin appears suddenly and irreparably transforms the landscape into a dreary wasteland. Life continues but only as a last, dying breath. In the pages of McCarthy’s deeply compelling novel, desolation is absolute. Although the colors of Naughty Dog’s The Last of Us paint a more vibrant landscape, its apocalypse still weighs as heavily. Both stories express some level of hope, the latter more than the former, but hope at the brink of oblivion holds new meaning. These artfully depicted final moments of mankind amidst overturned and alien landscapes nevertheless confront modern concerns and strive to explore the meaning of important concepts in a simplified and dreadful world.

Both The Road and The Last of Us quickly set the stage by destroying symbols of hope and confidence in the status quo. Early in The Road, the protagonist’s wife gives in to despair and kills herself in the family bathtub. She abandons her young son and husband to their fate with a simple act of cowardice or through simple acceptance, depending on your perspective. The nameless father pleads for her to continue but even the voice of a loved one fails to save her from gloom. McCarthy dismantles the traditional family unit as a safety net for the end times. Indeed, without a home, a family, a yard to play in, school to attend, or any other trappings of childhood, the notions of fatherhood are stripped of modern meaning. The post-apocalyptic setting condenses the concept of fatherhood into something more, if not primal, then deeply personal. The man teaches his son “goodness”, but even that word holds new meaning in the wasteland.


Similarly, The Last of Us abolishes the family unit and traditional notions of security. Joel, the game’s protagonist, begins the game alone with his daughter. The circumstances of their familial relationship is unclear, but their bond is quickly apparent. The gripping introduction to The Last of Usrends his bond apart with a bullet from a soldier, the very people meant to secure our safety in the event of disaster. With his daughter dead in his arms, The Last of Us wipes away the notion of moral strength (the soldier shows doubt but fires on the family anyway) and any sense of traditional security. Shortly in the game, we learn that Joel’s brother has also left him for an unknown reason and Tess, his partner and potential romantic interest, takes a zombie bite and a bullet before too long. By the time that we are introduced to the Joel/Ellie relationship, any notions of reliance on others, of security, of lasting relationships on the raggedy edge of survival are left to die. At the fall of man, these stories ask us to boil down these concepts into something deeply human in hope of finding some truth that we can apply to a world more complex than the apocalyptic scenario we find ourselves in.


These same themes appear in both cataclysms, repeated as the characters find new meaning or abandon old concepts while trying to survive. What does compassion mean in a world where cannibals and revolutionaries turn on strangers like wild dogs? In The Road, it means surviving at all costs while clinging desperately to the belief in a pure good. The man and the boy say that they are “carrying the light.” What this means and where they carry it is unclear, but this act of resolute faith is nevertheless inspiring.


Joel’s distrust of a wounded man in The Last of Us also reflects a deep and ultimately wise pessimism. Yet Joel’s belief system ignores concepts of “good” and “evil”. When asked how he knew the hunter was faking his injury to lure Joel and Ellie into an ambush, Joel responds that he’s been on both sides of the scenario before. Later in an abandoned hotel, a quieter and more subtle example of blurred meaning occurs when two guards ask each other if they’ve been bitten and they both respond with “not today”. Their banter reveals a camaraderie between the two hostile NPCs. They have asked these questions and repeated these lines who knows how many times before. It has become a mantra, an inside joke, a way to bond and thank the heavens for one more day of life. Yet if and when Joel snuffs them out, he shows no sign of regret. Their lives, created with whatever scrap of meaning they’ve managed to cling to, are as dispensable as anything else. Twenty years after the cataclysm, the world remains as desperate as ever.


Like all great post-apocalypse stories, The Last of Us is a personal narrative that addresses these concepts today. Joel and Elly explore these themes in order to parse how important and meaningful these terms are to us. What does fatherhood mean at the precipice of destruction? What about commitment? Compassion? Forgiveness? Regret? What does it mean that Bill is likely gay? Today in 38 US states, it means fewer rights than other citizens. At the world’s end? It means not a whole lot. What can we say of morality, legality, and all these concepts when they are tested to mad extremes?


Personally, my favorite theme in both The Road and The Last of Us is hope. In McCarthy’s work, the young boy represents the powerfully moving and enduring concept of hope. Yet McCarthy does his best to create a fatalistic landscape. The boy holds no special key, no solution to the problem, no seed from which to sprout civilization. The human race is mercilessly doomed. What, then, does hope mean? In McCarthy’s world, it may be as minuscule as hope for a graceful exit. The “light” the boy carries may simply be the part of humanity that cares for others even when all else is lost.


Similarly, Ellie clearly represents humanity’s last hope in The Last of Us. Immune to the fungal infection that caused the outbreak in the first place, she represents a possible return to the norm. I would have been happy if the game’s developers had completely abandoned the idea of a cure. That being said, the game’s tone is far from cheery. Bandits roam the wastes and government forces—or those of them that remain—can’t be trusted. Ellie certainly represents hope, but it is not hope for a recreation of the past. In Ellie’s audacious and confrontational personality is the spirit of humanity that hasn’t died—at least not yet. She is a girl for whom the rules of the post-apocalyptic world don’t apply. Her innocence is long gone, so her version of hope is an acceptance of transgression, but it is also a refusal to settle for a careless and immoral world. She captures a lively sense of activism. While The Last of Us is set in a desolate future, a strong vein runs through it that conveys powerful sentiments about our own decaying present.


Apocalypse fictions are interesting. They test us, ask us how we might survive, rebuild, prepare, or even how we would likely die. There’s a masochism inherent to the apocalypse story. We want to suffer along with these characters but only because we believe in some way that we can isolate a part of ourselves, that we can find out what it means to be human when “being human” is all that remains. These stories appear time and again because, perhaps now more than ever, we find in the complexities of our daily lives a desire to cut away the chaff, the politics, the trappings of modernity, and remind ourselves that below it all, there is something terrifying, inspiring, depressing, or hopeful within ourselves. We want to know if in the heart of desolation, there is something worth saving.